A Zoo visit in Winter

The weather actually looked pretty nice at first. Turned out later that this was not really the case. Still I enjoyed the visit at the Zoo in Landau.

The tigers are always my first stop. The siblings Igor and Ninoshka are Siberian tigers and were born in 2007. Therefore they belong to a tiger species that is in extreme danger of extinction. 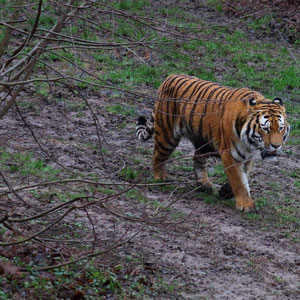 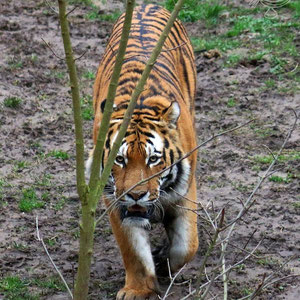 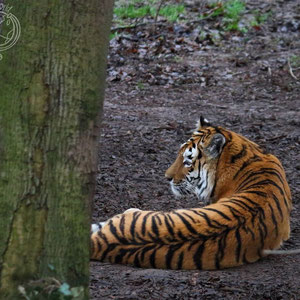 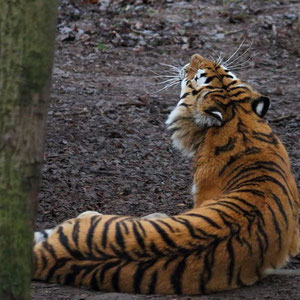 Next to the entrance was this curious Prince Alfred deer calf.

In the area that is dedicated to Africa zebras and gnus live together peacefully. 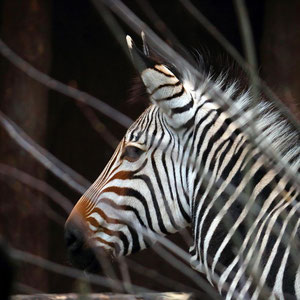 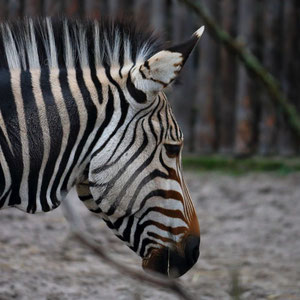 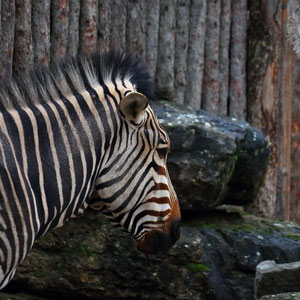 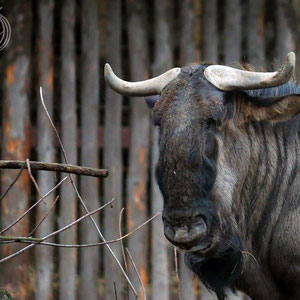 At the area in the middle of the zoo several roosters and their hens make sure that not everything looks dull on this rainy day. 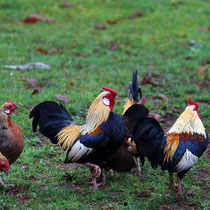 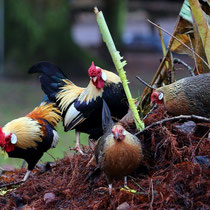 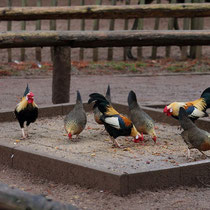 At the compound of the Watusi cows lives this mother with her calf. 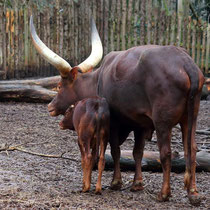 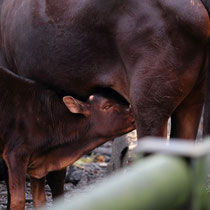 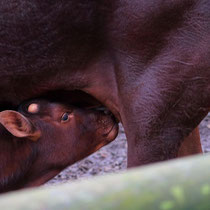 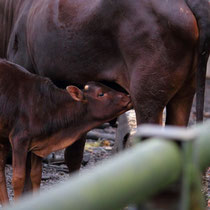 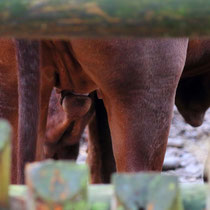 The penguins did not mind the cold and rain - they still enjoyed taking a header into the water. Allez hop! 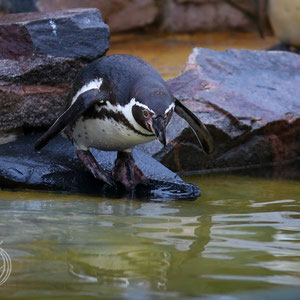 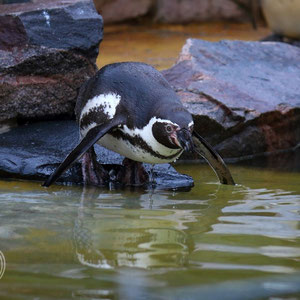 Here a gray heron is speculating on snatch some fish of its own during feeding time.

Last, but definitely not least, my main attraction of the day - the monkey house. You'll most likely see a slight veil on parts of the pictures. This is due to the safety glass that is partly dirty from people touching it.

I first came across these two black-headed spider monkeys that were laying on the floor, staring at a carrot: "I won't get up to get that carrot" - "I won't do it either" - they seemed to say, none of them moved. They seemed to be hypnotized by the carrot.

This little black-headed spider monkey baby did not seem to have a care in the world. 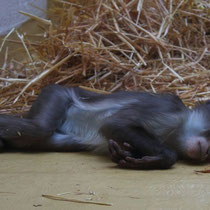 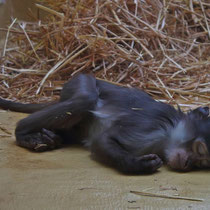 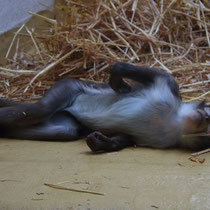 Same goes for this chimpanzee sleeping in its straw bed.

My favorite was the black-headed spider monkey mother and her child. At first I had not seen it, because it kept so close to its mother. 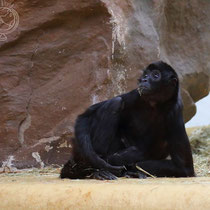 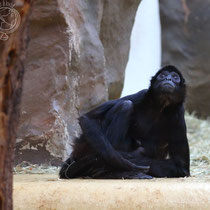 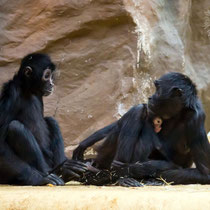 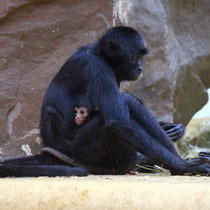 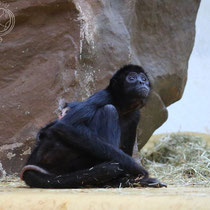 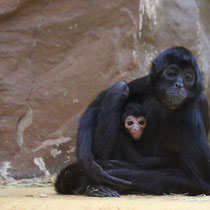 This little guy was mostly too fast for the camera - especially in the less than ideal light of the monkey house - but this one time I managed to catch him.

Regrettably it then started to rain in earnest and I decided to come back another day when the weather would provide better light and less wetness.